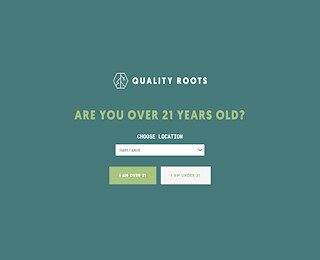 The legality of medical and recreational cannabis use has come under fire in the last decade as state and federal laws vary dramatically. In Michigan, the use of marijuana for any reason no longer has a ban or legal consequences.

Michigan residents may benefit significantly by taking the time to learn recreational marijuana laws. Medical weed once stood as the only form of legal ganja use or possession. Even though the laws in Michigan related to marijuana have evolved significantly, a few rules and regulations remain in effect.

Recreational weed has been legal in Michigan since 2018. If you are older than twenty-one, you can legally possess no more than two and a half ounces of pot flower while in public places. Persons can possess up to ten ounces of recreational pot in their homes. Residents also have the privilege of growing up to twelve marijuana plants without facing criminal charges.

Medicinal cannabis has slowly become socially acceptable in the eyes of people from all walks of life. Michigan doesn’t currently regulate the amount of THC contained in medical marijuana or recreational pot.

Studies report that forty-nine percent of the American public supports recreational cannabis use. However, a whopping eighty-three percent of the population supports the medicinal use of cannabis. Michigan stands proud as the first state in the Midwest to legalize the use, sale, and possession of cannabis plants and products.

Michigan residents cannot consume marijuana in public, and it is not legal to drive under the influence of cannabis. Seventy-nine percent of municipalities currently ban recreational dispensaries even though local laws permit marijuana sales.

Laws Regarding Marijuana Concentrates and Cultivation in Michigan

Michigan residents over twenty one cannot carry more than fifteen grams of concentrated marijuana products at one time. More than fourteen hundred cities and townships in Michigan have banned purchasing weed from dispensaries. The contradiction in the city, state, and federal laws has created many grey areas and loopholes in the criminal justice system.

A ten percent excise tax has been placed on all marijuana purchases added to the existing state sales tax of six percent. A state-licensed cultivation system has provided dispensaries cultivation opportunities to encourage growth in the local cannabis industry.  It is illegal to cross into another state carrying cannabis products, and residents can only use marijuana at home.

Exploring Options in the Newly Legalized World of Cannabis

Quality Roots Clinic happily offers professional advice from experienced budtenders. Learning about how to grow and use marijuana can open up people to a whole new world of knowledge and exploration. If you are ready to speak with a certified expert, please click here. Anyone who wants to start reviewing the outstanding products available at Quality Roots Clinic can click here to begin shopping!

Specials cannot be combined with any other special, deal, coupon or loyalty redemption. If specials do not populate on menu, we will adjust to whatever is the best deal for you at check out!

*Flower specials will be reflected at store level*

All new prices! 20% OFF ALL OUNCES